- No new installations in the second half of 2020. A total of 1,501 turbines with a capacity of - 7,770 MW on the grid - offshore wind delivers clean, safe and cost-effective electricity. - Tendering of potentially usable areas required as soon as possible to enable earlier construction activities and thus preserve existing innovation potential, employment and the value chain in Germany. - Use positive market dynamics through the EU strategy for renewable offshore energy, trigger investment push!

Berlin, 21 January 2021 - Today, the German offshore wind industry presented the expansion figures for offshore wind energy in 2020. According to these figures, 32 turbines with a capacity of 219 MW were connected to the grid for the first time last year. In total, 1,501 offshore wind turbines with a capacity of 7,770 MW are feeding electricity into the German North Sea and Baltic Sea. Due to incorrect political framework conditions, no new plants could be built in the second half of 2020.

"While the long-term framework conditions for the offshore wind industry have improved over the past year with the EU's 'Green Deal' and the German government's new long-term targets until 2040, the short-term situation of the industry remains challenging with the very weak domestic market," industry organisations BWE, BWO, VDMA Power Systems, WAB and the OFFSHORE-WINDENERGIE Foundation commented on the offshore expansion figures for 2020 published today by Deutsche WindGuard.

Numerous companies in the offshore wind industry are not only confronted with the challenges of internationalisation and the Corona crisis, but also with the outlook that not a single offshore wind turbine will be installed in German waters next year - after expansion in 2020 was already only 15 percent of the 2017 level.

The serious consequences of the lack of wind energy expansion in the North and Baltic Seas, such as company closures, employment losses and migration from the German market, which the industry has continuously warned about in recent years, must be overcome as quickly as possible. It makes sense to trigger a surge in investment now. This will secure the German offshore wind value chain. To this end, it is necessary to quickly implement the Coastal Sea Regulation proposed by the industry and to equalise the "expansion peak" in the years 2029 and 2030 towards the front. What is needed is a short-term stimulus for cost-efficient expansion. The modernisation and investment programme energy transition not only advances climate protection, it also makes Germany less dependent on energy imports, can be a job engine and offers great economic opportunities for innovative small and medium-sized enterprises in this country and on the global export markets.

To achieve this, the existing potential must be put out to tender as quickly as possible and combined with rapid commissioning. More new capacity should be added before the end of the decade. By this the German government's expansion target of 20 gigawatts by 2030 can be safely achieved. "Bringing forward investments now helps the economy and climate protection in equal measure. Offshore wind power is essential as the foundation of the energy transition for German and European climate targets." said the representatives of the industry associations.

Emerging conflicts of use with shipping, marine and nature conservation must be resolved pragmatically so that the achievement of the defined goals is not prevented through the back door. In order to defuse conflicts of use to some extent, the EU Commission developed the co-use approach. According to this approach, the scarce marine space should - if possible - be used by several actors at the same time. This idea should be further developed and also increasingly applied in Germany. It is right that the expansion of wind energy plants at sea must take existing forms of use into account and also be compatible with nature. However, it is also true that we can only prevent a displacement or shortage of habitats for many species in the long term if the goals of the Paris Climate Agreement are met.

The next legislative period must be used urgently to initiate a fundamental reform of the electricity market design and the refinancing of offshore wind projects. The current market design is designed to finance conventional generation with fuel costs. Therefore, the industry continues to advocate for the further development of the market design with the aim of relieving the burden on consumers and the economy and creating an attractive investment framework for national and international investors of all stakeholder groups. In this context, the introduction of contracts for difference should also be considered.

Since direct electrification is not possible in all sectors of the economy, synthetic energy sources based on renewable energies are an indispensable element for complete decarbonisation. The industry organisations expressly welcome the National Hydrogen Strategy and the associated approach of developing a comprehensive energy industry and industrial policy strategy that takes the entire value chain of technologies, components, production, storage, infrastructure and logistics into account. "Green" hydrogen needs a market-based foundation. CO2 pricing in the transport and heat sectors with a simultaneous reduction or restructuring of the EEG levy and financial burdens through other levies and taxes are steps in the right direction.

For better planning of hydrogen projects, a concrete and binding volume target to produce "green" hydrogen from offshore wind energy and reliable procurement mechanisms are also needed. Last but not least, the areas that have so far been earmarked for the production of "green" hydrogen at sea and are not connected are insufficient and must be expanded as quickly as possible.

The EU wants to expand offshore wind to 300 GW by 2050. This shows the great export potential. The announcement to revise the EU climate target for 2030 must be backed up by a faster expansion of offshore wind energy. Furthermore, the Green Deal is an investment offensive for Europe's energy sector and needs a clear framework to trigger production and value creation in Europe.

In order to secure the expansion targets in the long term and enable European planning, Germany also needs an expansion target for 2050. In addition, European and international cooperation - as recently called for by the North Sea Energy Cooperation under German chairmanship - should be further developed.

As a member of the German Renewable Energy Federation (BEE), the BWE represents the entire wind energy sector with its more than 20,000 members. Together, the supplier and manufacturer industry anchored in the German mechanical engineering sector, project developers, specialised lawyers, the financial sector as well as companies from the areas of logistics, construction, service/maintenance and storage technologies, electricity traders, grid operators and energy suppliers ensure that the BWE is the first point of contact for politics and business, science and the media on all issues relating to wind Energy.

About the OFFSHORE-WINDENERGIE Foundation
The non-profit foundation of German industry for the utilisation and research of offshore wind energy was founded in 2005 on the initiative of the industry and under the moderation of the Federal Ministry for the Environment, Nature Conservation and Nuclear Safety (BMU). The aim of the foundation is to consolidate the role of offshore wind energy in the energy mix of the future in Germany and Europe and to promote its expansion in the interests of environmental and climate protection.

About the WAB e.V.

The WAB, based in Bremerhaven, is the nationwide contact for the offshore wind industry, the onshore network in the Northwest and promotes the production of "green" hydrogen from wind power. More than 250 smaller and larger companies as well as institutes from all areas of the wind industry, the maritime industry and research belong to the association. 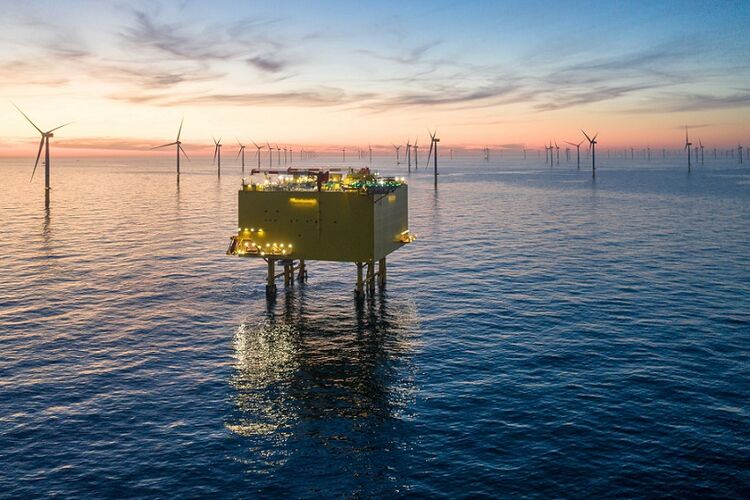