Bremerhaven, 31 March 2021 - By today, the German government is to report the long-term offshore wind potential in the German part of the North Sea and Baltic Sea to the European Commission. There is a lot at stake for the offshore wind supply chain in planning up to 2030 and beyond 2040.

The German government should ideally have considered four opportunities in its plans: First, to target significantly more until 2050 than the 40 gigawatts (GW) planned for 2040. Second, with a revised timetable until 2030, strengthen the supply chain for offshore wind that has been built up over many years and not further reduce export potential. Thirdly, this would again be attractive for international investors and fourthly, it would strengthen security of supply via a stable renewable energy system. The pace of expansion currently envisaged in Germany until 2030 does not do justice to either the demand for climate-friendly electricity or the required volume of "green" hydrogen.

"In addition to climate protection, the energy transition should also provide employment and export potential in this country. Therefore, it is not only important to align the long-term goals with the demand, but also to design the path until then in a cost-efficient and environmentally friendly way. Finally, it is also about long-term export potential, the stability of the energy supply system and the attractiveness of the German market for international investors," said Jens Assheuer, Chairman of the WAB e.V. Board.

To achieve the 300 GW of offshore wind planned for the EU by 2050, many more sites will have to be identified and used for the generation of offshore wind power and "green" hydrogen, as well as for connection to the electricity and gas grids. To put this in perspective, the UK alone is planning 100 GW over this period. "The sensible and usable potential for offshore wind energy in the German North and Baltic Seas goes well beyond the 40 GW planned by 2040. Sustainable utilisation decisions must be made here before the next election. Above all, the long-term demand for 'green' hydrogen from offshore wind should be considered in marine spatial planning," said Heike Winkler, WAB Managing Director, "Otherwise, 'green' hydrogen will remain uneconomical in the long term and dependent on imports. The future "special role" of wind power at sea - especially for the production of "green" hydrogen, as acknowledged by the German government - should be taken into account and defined as an expansion target in its own right in spatial planning.

The following applies to the sustainability assessment: climate protection and nature conservation are a joint and indivisible task. In addition, the offshore wind industry - also from the perspective of the EU Commission - outperforms energy from fossil sources in terms of value creation and employment growth and can make a stronger contribution to the EU's economic growth in the coming years. This is necessary to cope with the consequences of the Corona pandemic.

In the European Union, the output of offshore wind energy is to be increased by a factor of 25 by 2050. For this, the timetable for the annual offshore wind expansion until 2030 in Germany needs to be revised. A change of course in tender planning is important, especially for reasons of cost efficiency, to mitigate the consequences of the current lack of wind expansion on land and at sea and to avoid the impending "expansion jam" at the end of the decade.

The offshore wind expansion in Germany of 12.2 GW by 2030 should ideally proceed as evenly as possible. However, according to current plans, capacity is only to be increased by around 3 GW from the current 7.8 GW to 10.8 GW by 2025. To reach the desired 20 GW, a large part of the expansion is to be connected to the grid only in the last two years before 2030. The 2.9 GW planned for 2029 alone is equivalent to the market volume for the offshore wind supply chain between 2020 and 2025, and it is surpassed by the planned 4 GW in 2030, before the average expansion after 2030 is expected to drop again to 2 GW per year.

"We are in the middle of a misguided development that means a maximum import share of renewable energy, as there is hardly any construction activity in the North Sea and Baltic Sea in Germany this year and next, and onshore wind expansion is also not progressing at the desired pace," explained Heike Winkler. By 2028, an average of less than 700 MW per year is to be added offshore in Germany - and five times that amount in each of the last two years of the decade to reach the 2030 target. This ketchup-bottle effect does justice neither to international developments nor to the system-stabilising character of offshore wind energy.

There are areas available for earlier expansion. The grid connections for 658 MW from the current 968 MW tender round are available as early as 2023 - according to current plans, however, the projects will not go into operation until three years later. The UK is currently demonstrating the opportunities that a rapid expansion brings. Politicians there expect to create more than 40,000 new jobs by 2026 thanks to a climate protection-oriented expansion of the technology. "If the majority of offshore expansion in Germany is postponed until the end of the decade, it will come too late for many innovative, specialised German SMEs that urgently need orders and construction activity in the short and medium term," said Heike Winkler.

The German government has already decided that another 20 GW will be realised between 2030 and 2040. To this end, an average of 2 GW will be put out to tender every year for ten years from 2025 - the domestic supply chain, including the maritime industry, could benefit enormously from this if it is not further reduced by then. "From our point of view, additional tenders before 2024 are indispensable if the targets are to be achieved in a cost-efficient and environmentally friendly way. The international attractiveness of the German market for investors should not be further jeopardised. We need an additional tender in 2022, in combination with an efficient and more climate-friendly target corridor," said the WAB managing director.

Bremerhaven-based WAB is the nationwide contact partner for the offshore wind industry in Germany and the leading business network for onshore wind energy in the north-west region. The association fosters the production of "green" hydrogen from wind energy. It comprises some 250 smaller and larger businesses as well as institutes from all sectors of the wind industry, the maritime industry as well as research. 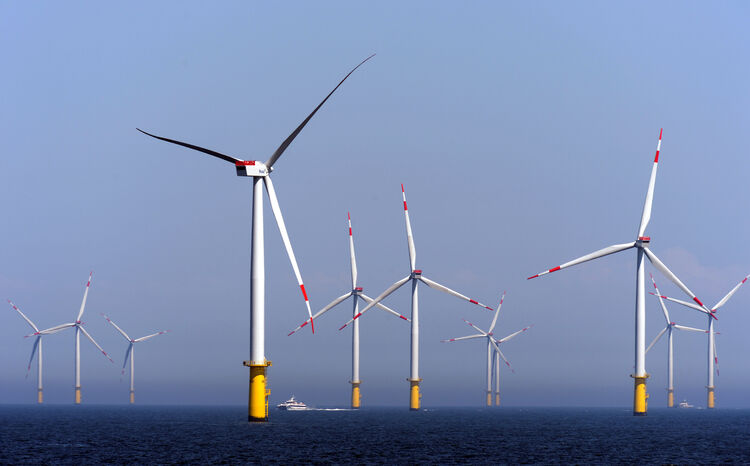