Bremerhaven, 18 December 2020 - In the view of WAB, the amendment to the Renewable Energy Act (EEG) passed yesterday in the Bundestag not only calls into question the climate protection targets of the German government in the medium term, but also the security of supply. How this reform is supposed to succeed in achieving the necessary expansion of renewable energies and emissions targets remains largely unclear.

"With the amendment to the Renewable Energy Sources Act, the federal government fails to set out a clear and realistic path for how we can achieve the climate protection targets we have set ourselves and the long-term goal of greenhouse gas neutrality," WAB Managing Director Heike Winkler comments on the amendment. In WAB's view, the amended EEG unfortunately does not provide enough answers to the fundamental question of how the EEG can be further developed towards more distributive justice, market integration and system responsibility for renewable energies. The politically desired step towards a post-EEG era has thus been postponed even further into the future.

Defined expansion paths are essential for the climate protection programme - but these should not prevent the implementation of existing potentials. The problem is that the German government calculates its expansion targets based on an unrealistic electricity consumption expectation of less than 590 terawatt hours by 2030, from which it derives its 65% target and aims for 377 terawatt hours of electricity generation from renewable energies. The assumptions it makes seem unrealistic. Electricity demand for climate-friendly heat, electromobility and industrial processes will increase. "We therefore agree with the assessment of Lower Saxony's Energy Minister Olaf Lies, who expects an electricity demand of at least 750 terawatt hours," said Heike Winkler. "This cannot yet include the electricity demand for the production of 'green' hydrogen," she added.

After the slowed expansion of wind energy in recent years, the amendment does not make the German market more attractive. Here, too, there is no comparison with reality: the insufficient implementation of the "18-point plan" - especially with regard to the approval process, continues to hinder the necessary expansion of onshore wind energy.

The federal government should also improve the rules for the continued operation of older turbines whose original EEG payments are expiring. The solution the amendment provides will only to some extent prevent the dismantling of these plants.

On a positive note, the coalition has largely dispensed with the initially proposed suspension of support in the market premium model in the event of negative electricity prices. However, the 6 hours have now become 4 hours. If the spot market price is negative for a period of at least four consecutive hours, the value to be applied is reduced to zero for the entire period in which the spot market price is negative without interruption. "We are happy to constructively discuss the realistic implementation of the climate protection targets we have set ourselves with the help of wind energy and 'green' hydrogen together with the federal government," said Heike Winkler.

Done correctly, the EEG can be an economic stimulus programme for Germany as a business location. The great potential for employment and value creation depends on a clear roadmap and a more ambitious approach. The investment incentives contained in the EEG of 1 April 2000 have created over 300,000 jobs.

WAB, based in Bremerhaven, is the national contact for the offshore wind industry, the onshore network in the north-west and promotes the production of "green" hydrogen from wind power. Around 250 smaller and larger companies and institutes from all areas of the wind industry, the maritime industry and research belong to the association. www.wab.net 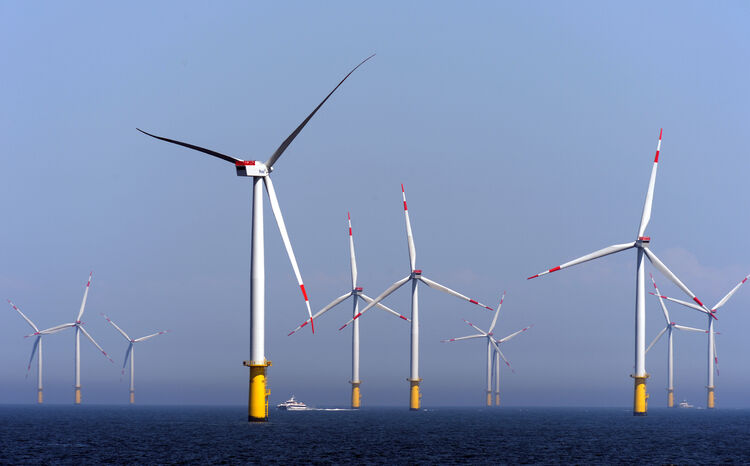