Bremerhaven, 5 June 2020. In WAB's view, the German government is using its economic stimulus package to bring important and strengthening measures forward, such as the promotion of domestic production of “green” hydrogen. However, the economic stimulus package does not include measures that support employment and value creation and integrate the measures into the EU strategy of the "European Green Deal". It is obvious that the German government urgently needs a long-term roadmap and an industrial strategy for the energy transition to achieve its climate targets.

The example of “green” hydrogen shows that the German government lacks an overarching idea, analogous to the “European Green Deal”, of how it can promote the value-added potential of “green” technologies and the energy transition. It makes sense for the economic stimulus package to specify concrete figures for the expansion of electrolysis capacity and to spell out a subsidy amount, as well as to hold out the prospect of exempting this energy source from the EEG surcharge. But the list of “end-consumer levies” and political hurdles that currently make the use of “green” hydrogen more challenging is much longer. “The lack of a regulatory framework and a long-term strategy is slowing down the use of 'green' hydrogen and the expansion of onshore wind energy. The promotion of domestic forward-looking technologies is lagging far behind the possibilities of a sustainable economic engine – especially regarding the employment and local value creation so urgently needed after the crisis,” said WAB e.V. Managing Director Heike Winkler.

“It is an important signal that the Federal Government is presenting a comprehensive economic and crisis management package to tackle the Corona Crisis. It is regrettable that it is not taking the opportunity to push the ‘European Green Deal’ strategy more strongly," explained WAB e.V. CEO Irina Lucke. German Chancellor Angela Merkel had recently publicly welcomed the European Commission's plans for the “European Green Deal” and backed the much more ambitious climate protection target of the Commission, which wants to cut CO2 emissions by 55 percent by 2030 compared to 1990 levels. The current target is a 40 percent reduction.

The fact that the German government lacks a plan for achieving its climate targets is also exemplified by its lack of ideas for onshore wind expansion. Here, the federal government is largely limited to giving the states more freedom to define minimum distance rules from residential areas. It remains unclear how this will lead to the urgently needed revival of expansion.“ In order to promote the acceptance of onshore wind turbines, the federal government should work out a long-term and comprehensible strategy together with the Länder and explain the advantages of this climate protection technology, for example in information centres, in order to promote the energy transition," said Heike Winkler.

Regarding offshore wind, the measures are contradictory: although the Federal Government is formulating ambitious long-term goals that offer a perspective, it is at the same time neglecting the short-term perspective in order to create employment and value creation in the next five years. To date, it has not yet fulfilled its promise in the coalition agreement of 2018 regarding a short-term additional call for tenders. Its original idea was to mitigate the expansion gap created by the "electricity price brake" for the domestic supply chain, which is dominated by SMEs. In addition, with the amendments to the Wind Energy at Sea Act (WindSeeG), the federal government intends to introduce a new tendering model that will make the framework conditions for investors and for the entire supply chain more challenging.

All in all, the economic stimulus package lacks a consistent focus on climate protection, employment and value creation in the spirit of the “European Green Deal”. In this regard the federal government needs to live up to the responsibility of its EU Council Presidency in the second half of 2020 and make significant improvements in the interests of urgently needed jobs and the preservation of Know-how.

WAB e.V. organises the international WINDFORCE Conference in Bremerhaven, this year postponed to 3 and 4 September. The WINDFORCE Conference has become the central meeting place for the offshore wind industry in Germany during its 15-year history. The WINDFORCE Dinner will offer participants the opportunity to enjoy the company of existing and new business partners in a pleasant atmosphere. 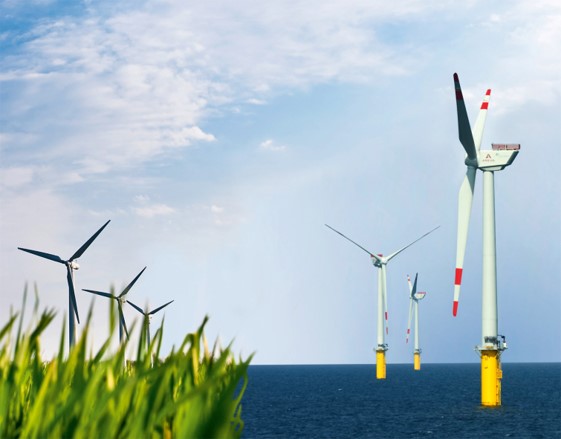