WAB e.V. welcomes the goal of the German Federal Minister of Economics and Climate Protection to "drastically accelerate the expansion of renewable energies and remove all hurdles and obstacles". Complementing yesterday's presentation of the Minister's "opening balance sheet on climate protection", the wind industry and hydrogen association suggests that the offshore wind expansion planned for the end of the decade should be equalised. The WAB e.V. therefore proposes earlier tenders for offshore wind farms, with the help of which the offshore wind energy expansion can be accelerated and at the same time provide for value creation and employment. A further regulating screw for this is faster grid expansion.

"A faster expansion of offshore wind to produce electricity and 'green' hydrogen can make an important contribution to more efficient climate protection. The stable wind conditions on the North Sea provide base-load electricity. We demand that the accelerated approval procedures for onshore and offshore wind energy proposed by Federal Minister Habeck be immediately anchored in the respective laws and enable the necessary grid expansion measures," says Jens Assheuer, Chairman of the WAB e.V. Board.

For the necessary climate protection as well as for value creation and employment, it is important to increase the tender volumes for offshore wind energy as quickly as possible. So far, only one tender is planned for this March for an area of 930 megawatts in the North Sea, where offshore wind turbines are to be connected to the grid in 2027. "The tender volumes planned in the short term are clearly too low to meet the new federal government's targets. Only a more even expansion that is equalised towards the earlier years of the decade will make it possible to tap the potential for value creation and employment," said WAB e.V. Managing Director Heike Winkler.

Therefore, the federal government should accelerate the preliminary investigation of the areas originally planned for auctions in 2023 and 2024 and put the capacities of up to 3.8 gigawatts out to tender earlier. This would allow these projects to be connected to the grid before 2028 and 2029, which would alleviate the feared backlog of expansion at the end of the decade. In addition, there is the potential of the offshore test field in the Baltic Sea and the Gennaker project in the territorial sea, which allow for faster construction activities of up to 1.2 gigawatts. Another option to be examined would be to rely on more efficient grid connection systems earlier than planned, bundling wind farms with 2 gigawatts instead of today's 900 megawatt units. "We welcome the industry dialogue initiated by the Ministry of Economic Affairs and Climate Protection and, together with the industry, support the responsible government body BSH in the upcoming planning for the implementation of the higher expansion volumes," said Heike Winkler.

"The expansion target for electrolysers, which has been doubled from 5 to 10 gigawatts, makes sense in view of the expected demand for 'green' hydrogen, but makes earlier tenders even more urgent. The German government should also define the offshore wind expansion volumes in the German North and Baltic Seas necessary for 'green' hydrogen as soon as possible. It is also important that the federal government pushes for suitable framework conditions at the European level to enable the desired ramp-up of the hydrogen economy," added the WAB managing director.

We welcome the fact that the government is also considering new instruments. It is important to take a holistic view of the economic viability of "green" hydrogen.

For the targets of 30 gigawatts by 2030, 40 gigawatts by 2035 and at least 70 gigawatts by 2045, we need more skilled workers again. In view of the uncertainties in the German market, student numbers in the wind energy sector have declined. In addition, skilled workers have found employment in markets that had planned their expansion more ambitiously in recent years. WAB member companies are increasingly telling us about their difficulties in finding qualified personnel. This must change now. Otherwise, this shortage will determine, among other things, the long-term relationship between imports and exports. "From our point of view, training and qualification measures offer great potential for gaining and retaining skilled workers in the offshore wind industry," said Heike Winkler.

Bremerhaven-based WAB is the nationwide contact partner for the offshore wind industry in Germany and the leading business network for onshore wind energy in the north-west region. The association fosters the production of "green" hydrogen from wind energy. It comprises some 250 smaller and larger businesses as well as institutes from all sectors of the wind industry, the maritime industry as well as research. www.wab.net 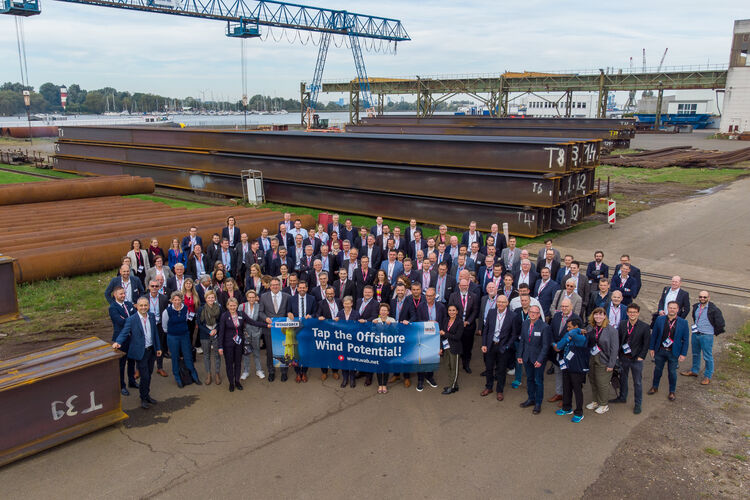