Due to wrongly set political framework conditions, no wind turbine construction activity took place in the German North Sea and Baltic Sea in the entire year 2021. Motivated by the need for climate protection and economic sustainability, the new German government has set higher and more long-term targets in the coalition agreement. These must now be incorporated into the Wind-on-Sea Act without delay in order to avoid further loss of time.

"The commitment of the new German coalition to significantly accelerate the expansion of offshore wind energy is just as correct as the concrete target of at least 30 gigawatts by 2030. This target creates a positive perspective for the entire value chain," the industry organizations BWE, BWO, VDMA Power Systems, WAB and the OFFSHORE-WINDENERGIE Foundation commented on the new expansion targets. "Now the grid and spatial planning for the implementation of the targeted expansion path should be revised without delay. The aim must be to leverage all acceleration potentials in order to enable an efficient and climate-protection-friendly expansion."

The planned tender volumes must be significantly increased as quickly as possible in order to maintain and expand the existing innovation potential as well as employment and the value chain in Germany. In addition, the spatial potential in German waters must be fully exploited. Conflicts of use should be resolved pragmatically and in line with climate protection , as such also supporting the interests of environmental protection. It is also important to avoid an expansion bottleneck at the end of the decade, which could lead to bottlenecks in the supply chain and pose challenges for the industry's capacity planning - especially since other nations have also increased their expansion targets.

Rapid implementation of innovative approaches can also help to meet the higher targets. This includes starting construction of the 2 gigawatt (GW) systems for offshore wind grid connections earlier than previously planned. The potential of German waters must be fully exploited, and European solutions such as cross-border projects are also helpful in obtaining sufficient generation. This will maintain and create skilled jobs in the value chain throughout Germany.

The German government should clarify at an early stage which additional offshore wind expansion requirements the increased target of 10 GW for electrolysis capacity for green hydrogen will require. These areas should also be promptly located and put out to tender without delay. The regulatory framework for green hydrogen requires jointly coordinated specifications in Germany and Europe to make the market ramp-up of the green hydrogen economy  commercially feasible.

The appropriate infrastructure is important for the medium- to long-term expansion of offshore wind energy. This also includes the coordinated expansion of electricity and gas grids for the production of green hydrogen in the North and Baltic Seas.

The authorities responsible for the expansion of offshore wind energy must be quickly reinforced in terms of personnel in order to be able to cope with the significantlyaccelerated planned expansion. At the same time, it makes sense to also rely on external expertise in  case of staffing bottlenecks. "It could also be helpful to set up a central coordination office that brings all the necessary units and responsibilities for the authorities involved to one table," say the industry organizations. "The areas of spatial planning and seabed  use, species and environmental protection, grid expansion and the regulations regarding construction and operation of an offshore wind farm should be better coordinated in the future."

Countering the shortage of skilled workers

In order to have the necessary skilled workers for the planned long-term expansion of offshore wind energy,  relevant study programs must be optimized. Training and continuing education programs must be supported and promoted.

About the annual figures "Status of offshore wind energy expansion in Germany".

As a member of the German Renewable Energy Federation (BEE), the BWE represents the entire wind energy sector with its more than 20,000 members. Together, the supplier and manufacturer industry anchored in the German mechanical engineering sector, project developers, specialised lawyers, the financial sector as well as companies from the areas of logistics, construction, service/maintenance and storage technologies, electricity traders, grid operators and energy suppliers ensure that the BWE is the first point of contact for politics and business, science and the media on all issues relating to wind energy.

The foundation was founded in 2005 on the initiative of the industry and under the moderation of the German Federal Ministry for the Environment, Nature Conservation, Nuclear Safety and Consumer Protection (BMUV). The foundation’s overall purpose is to consolidate the role of offshore wind energy in the energy mix of the future in Germany and Europe and to promote its expansion in the interests of environmental and climate protection.

VDMA Power Systems is a trade association of the German Engineering Federation VDMA e.V. The trade association represents the interests of manufacturers of wind energy and hydropower plants, fuel cells, thermal plants and storage systems in Germany and abroad. For all of them, VDMA Power Systems serves as an information and communication platform for all industry topics such as energy policy, legislation, market analyses, trade fairs, standardisation and press and public relations. 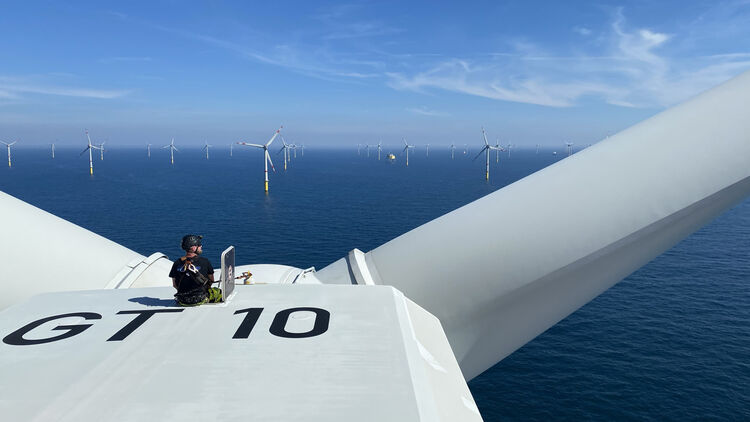