Fred. Olsen Windcarrier has been awarded a contract by EDF renewables (EDF) for the transport and installation of 54 SG 8.0-167 DD wind turbines for the Neart na Goithe (NnG) offshore wind farm located 15.5km off the Fife coast, east of Scotland. Fred. Olsen Windcarrier will mobilise one of its vessels for the project which starts in the spring of 2022.

EDF is a large French utility and a leading player within offshore wind with the mission to deliver renewable solutions to lead the transition to a sustainable energy future. This project demonstrates EDF Group’s strong ambition in being a leading global player in the offshore wind industry. EDF acquired NnG in 2018.

Guillaume Bonnesoeur, Commercial Manager at Fred. Olsen Windcarrier says: "This is our first direct contract with EDF and we are extremely pleased with this major contract award. We look very much forward to partnering up with EDF by sharing the challenges and shouldering the responsibilities. The turbines to be installed will be supplied by Siemens Gamesa Renewable Energy (SGRE) - our reliable partner in many previous projects. This contract with EDF cements our leading position in the offshore wind turbine installation industry, and we look forward to working with them to safely deliver on this project."

Matthieu Hue, CEO at EDF Renewables said, “[…] We are excited to get work under way with our contractors and all Scottish companies and stakeholders participating in the project. The 450 MW NnG project will play an important role in de-carbonising the UK electricity system and is a further example of EDF Renewables’ continuous investment and growth in Scotland.”

NnG will consist of 54 SG 8.0-167 DD wind turbines with the potential to generate 450MW of renewable energy. Installation will take place in Scotland on a site with large water depths. When fully operational, it will generate enough electricity to power over 375,000 households. Load-out port is Dundee in the UK.

About EDF Renewables in the United Kingdom

EDF Renewables is one of the UK’s leading renewable energy companies which develops, builds and operates generation projects with a focus on onshore and offshore wind as well as battery storage technology. We also look after the operations and maintenance of our own wind farms. The company already operates more than 965MW of wind farms and battery storage (including 496 MW in Scotland) and has more than 2GW consented and in development. The company employs more than 200 people. It is a joint venture between EDF Energy and EDF Renewables.

Building on more than 170 years of offshore and marine experience, Fred. Olsen Windcarrier was established in 2008 to service the growing offshore wind sector.  The company now operates three class leading purpose-built jack-up vessels; Bold Tern, Brave Tern and Blue Tern, and owns a fleet of seven modern service vessels for transporting crew and equipment to and from offshore wind farms which is operated by Northern Offshore Services. Recently, a long term time charter for the O&M jack-up vessel Jill was signed and she is now under commercial management of Fred. Olsen Windcarrier. In addition, the company is a majority owner (75,5%) of Global Wind Service, providing a team of more than 900 highly experienced wind turbine technicians.

The company has offices in Oslo - Norway, Fredericia – Denmark and Hamburg - Germany. 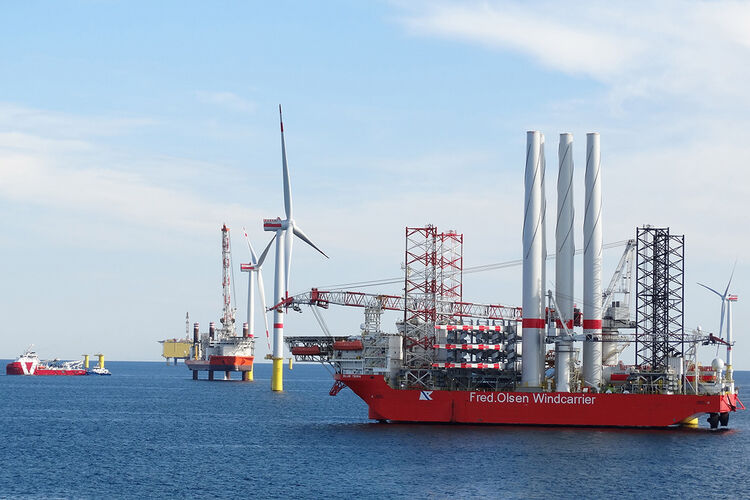